Yesterday was one of those days that reminded me of just how grateful I am for Stevie the stoma. We decided a bit last minute to drive up to Gothenburg  to see Alice Cooper. It is roughly a 2 1/2 hour drive in one direction. So off we went. The day cleared up and we even saw some blue skies on our lovely drive up, I must saw it was a rather beautifully scenic route. We arrived with ease at Liseberg, Gothenburgs amusement park, with 4 hours to chill before Alice took to the stage. It was a busy day, plenty of people and some of the queues to the rides we as long as 60-70 minute waits. Walking around and looking at all the rides, hearing them go and the screams from the riders I felt how my stomach started churning. I was so nervous just from walking around. Poor Axel really wanted to go on something but I just couldn’t, I’ve become such a whimp. I need to start with a kids ride to eventually be able to build up to something a bit more crazy, and of course we didn’t have the time to do that so Axel had to go on something alone. I was pretty nervous just sat knowing he was going on the ride, quite is probably an understatement, I was shitting my pants! Haha! Well I guess I can’t literally shit my pants anymore, its quite a clean procedure now thanks to Stevie..and well in all honesty I guess I wouldn’t really notice anything either haha! Aaanyway, what has happened with me?! When did I become this big a whimp?!! Either way, it was a lovely afternoon. 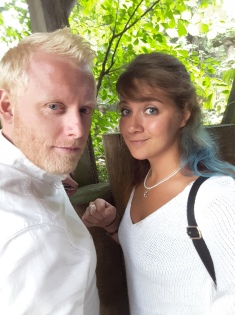 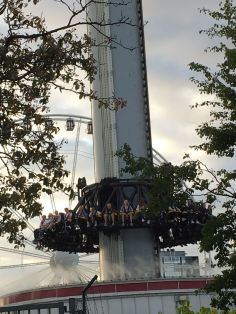 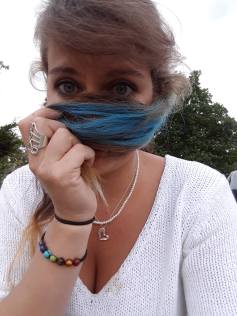 Alice Cooper came on stage with sparkles, bangs and plenty of wow! This is one cool 69 year old! I know he has always had fantastic shows and really been a showman but as he is getting older I didn’t dare hope for too much as I didn’t want to be let down. I was definitely NOT let down! He treat us to an impressive show, and kept going for just over 90 minutes! Knifes, swords, straitjackets, nurse with huge syringe, a 3 meter Frankenstein Alice, hats, clothes changes and a guillotine – decapitating Alice himself! What a trick that was, magic, danger, fear, laughter, sparkle and fantastic music! What an experience! What a show! Absolutely amazing night! Of course you could tell at times he is getting a bit older and his voice couldn’t really do things like it used to, this was most noticeable when he sang Poison which isn’t the easiest of songs to sing. You could tell he struggled with it a bit, but he did it and it was still cool as f**k! I am actually really impressed by how much he could do though so that was nothing i would say.  I would highly recommend everyone to go see an Alice Cooper show at least once in their life! Axel was just as buzzing as I was after it, and we were so happy we made it! 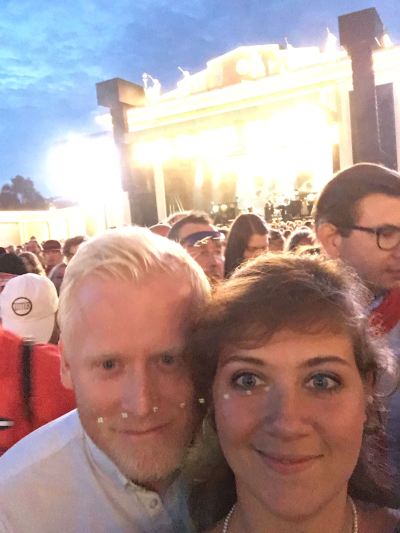 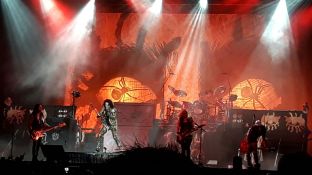 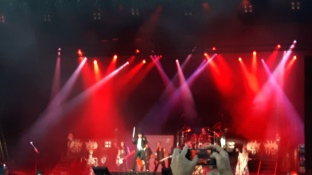 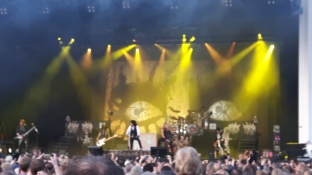 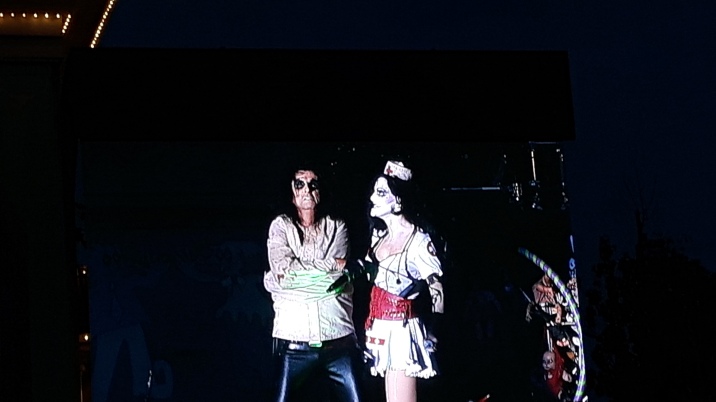 The ride home went well, I’m very grateful Axel drove and that I didn’t have to as I was so tired. My way of keeping him company was singing along to every song that was played as this was how much my brain could function. But back to the point of me being grateful for Stevie. Of course on our way up we stopped so I could use the toilet and while we were at Liseberg I could use the toilets there too, and didn’t have to worry about the queues – which actually weren’t too bad. The real biggy however was the fact that I could stand watching the show for 2 hours, followed by the drive home – another 2 1/2 hours and in this time ate and drank and didn’t once have to worry about needing a toilet or running to one or anything! I could just relax, do what I enjoy, eat when I needed to and felt great! No panic, no stress, no starving! What a fantastic feeling, it really was!

I am rather tired today, but still buzzing from the show last night! Eee I am so happy! 😀